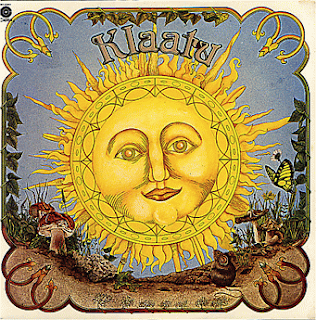 The pertinent word is "Trials" as much as I love the alliteration of the title. You see, I have a partially completed five year plan in my journal-of-all-sorts. I got stalled out midway through 2010, not even able to envision past then. I realized that this time in the world, which is so magical and brimming with possibility is also so damned uncertain that I don't have the foggiest idea where I will be in 2014, much less what I will be doing. I guess I need two five year plans. One is the world transformed, the Venus Project will be flourishing, we will have reached an unimagined level of awareness and awakening. We will have brought forth an environmentally sustainable, spiritually fulfilling and socially just human presence on Planet Earth (Awakening the Dreamer) and my grandchildren will be cavorting in my garden with me.

Well, as my blog is now being written as stream-of-consciousness, bear with me...for I have changed my mind - I don't need two five year plans - I only need that one. For the alternative is not one which I will give any energy to - not even for speculative contrast. We don't need to be reminded of that future; it is apparent all around us. There are many who will continue to describe it, discuss it and wait for its seeming inevitable outcomes.

Not me! But not from my usual Pollyanna place because that has not been particularly effective or powerful. What I am seeing as I type this is my responsibility - to complete the vision of the five year plan - and to live it through my actions. Support and defend the visionaries, bolster the continuation of the dialogue fiercely and be absolutely unwilling to accept anything less. It remains surprising to me how much I am being called to be ferocious and how clear the messages are that all other ways of being are no longer acceptable. I feel as though I don't even have any choice, everything else feels hollow and incomplete.

While the path is not yet clearly marked, the destination is and "We're off you know to a distant land And the only ones allowed to come are those who feel they can" (Klaatu - 1977'ish). Will you join me??
Posted by caroldiane at 1:30 PM